The species of crayfish found in Finland are the European crayfish, signal crayfish and narrow-clawed crayfish. None of them has a human-like head. The beautiful red work Plan B must therefore be a product of Ryhänen’s imagination, for which she naturally may have drawn influences from multiple sources. 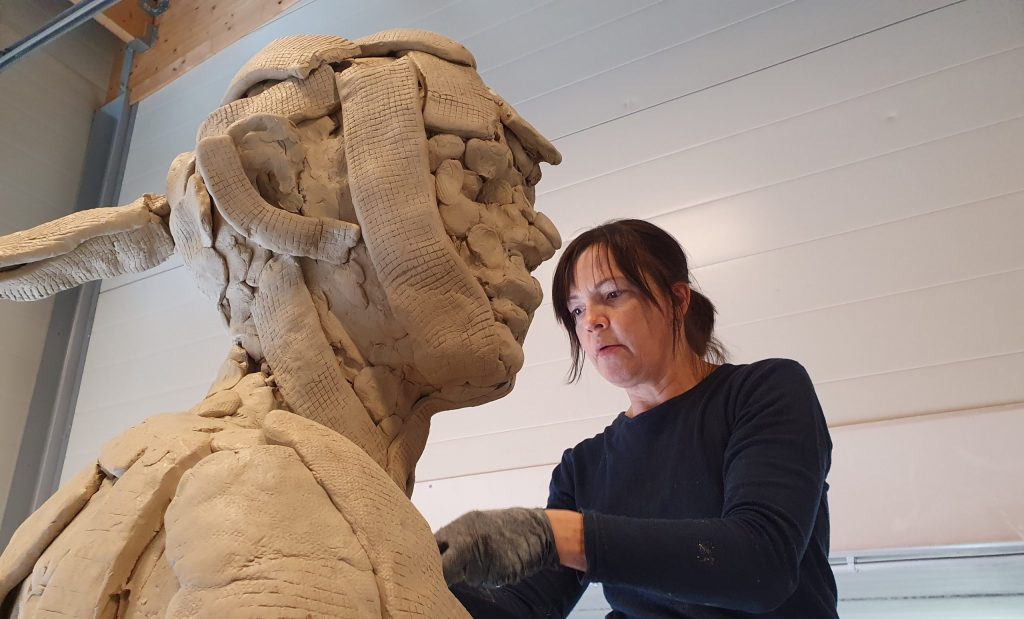 Heli Ryhänen has become well known for her cloth-covered figurative sculptures. Where her colleagues, particularly male ones, have moulded clay, cast bronze, chipped on stone and built their works out of ready-made materials, Ryhänen has created a statuesque form using a needle, thread and a sewing machine. These markedly feminine tools and materials have contributed to the reshaping of ideas about proper materials and representation of the human body associated with traditional sculpture. At the same time, they themselves have been elevated into a part of the principles of creating sculpture.

The species of crayfish found in Finland are the European crayfish, signal crayfish and narrow-clawed crayfish. None of them has a human-like head. The beautiful red work Plan B must therefore be a product of Ryhänen’s imagination, for which she naturally may have drawn influences from multiple sources. The work evokes many different types of mental associations.

A crayfish or crab with its claws has a rather frightening appearance, and this is the way in which this crustacean has often been depicted in art and popular culture. In Ovid’s Metamorphoses (before 8 BCE), for example, a giant crab came to aid the many-headed monster Hydra in its battle against Hercules. Hercules slew the crab, however, and later Hera raised it as a constellation of stars in the sky. In the movie District 9 (2009), a giant spaceship gets stuck above Johannesburg. The starved aliens found inside the ship resemble giant shrimps.

The red colour of the crayfish is related to culinary culture. Even though crayfish have traditionally been considered improper food for humans, they now have a slightly elitist reputation as a late summer delicacy. The crayfish gets its red colour specifically from cooking. The name of the work, Plan B, also opens up a rather humorous potential interpretation. Colloquially, it refers to a back-up plan – in the case of a crayfish, falling back, which is considered a typical direction of movement for it when threatened. But what if the work does not depict a human-headed crayfish that has undergone a metamorphosis, but to the contrary, a human sheltered inside the shell of a crayfish? Not even all crayfish and crabs grow their own shell. Hermit crabs are known to use things like seashells and empty cans to cover the soft rear end of their bodies. Completed in 2011, Plan B appears in this regard as a metaphor of a human seeking shelter. The work becomes more topical with our present time and the threats associated with it.

Heli Ryhänen (b. 1971 in Iisalmi) studied at the Liminka School of Arts in 1990–91, at the Kankaanpää Art School in 1990–94 and at the Academy of Fine Arts in 2004–06. Ryhänen has also held various positions in art teaching. She has been a senior lecturer of fine arts at SAMK (Satakunta University of Applied Sciences) since 2006. Since the beginning of 1990’s, she has participated in group exhibitions. She held her first solo exhibition in 1998 at the Gallery Saskia in Tampere. Ryhänen has made many public works, including Matkalla (On a Trip) unveiled in 1966 in Huittinen, Tasapainoilua (Balancing), unveiled in 2010 in the Sinetti office building in Jyväskylä and Pistokas (Scion) erected in 2017 in SAMK Campus in Pori. An open art competition was held for the SAMK Campus and Ryhänen won the first prize. In 2012 she was awarded a diploma of the Environmental Art Project of the Year (together with Matti Kalkamo) and in 2007 she was awarded the William Thuring designated prize. 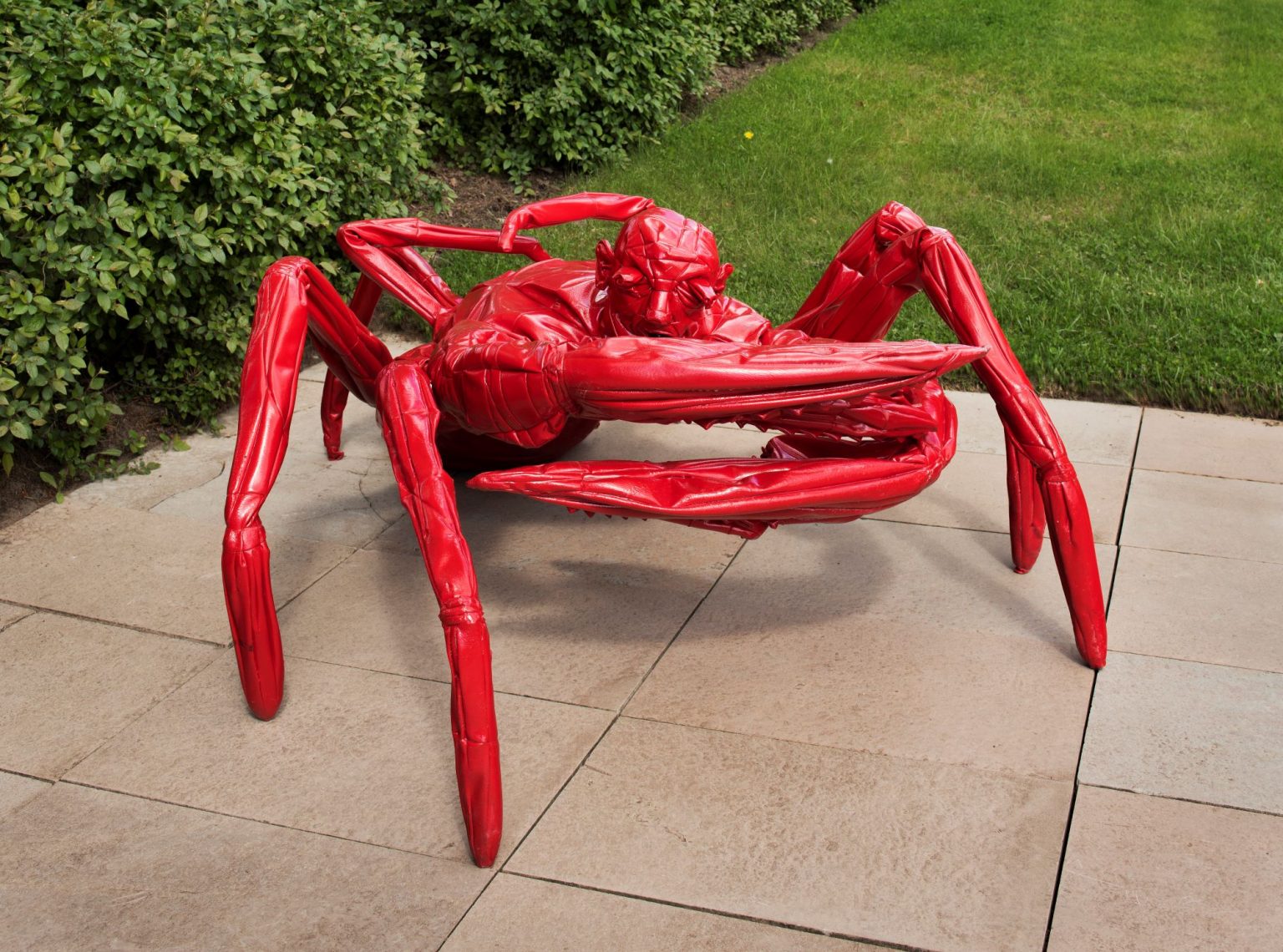