Kalkamo’s Suruparvi sculpture is solidly tied to the tradition of sculpting in its basic appearance. In terms of mood, however, the dark-toned work bears more semblance to the Hitchcockian world than elegiac interpretations of the myths of Antiquity. 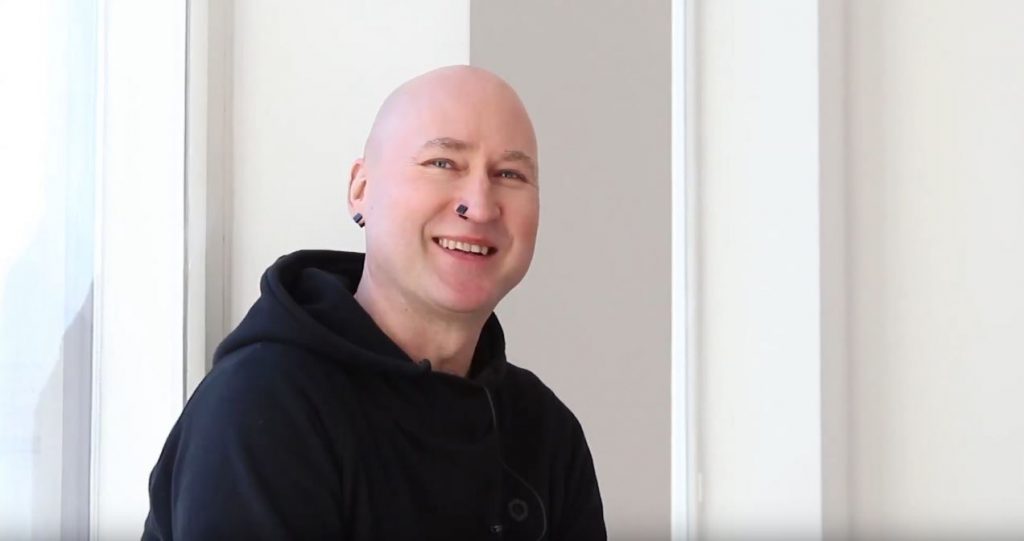 Matti Kalkamo’s dark-patinated work Suruparvi (Flock of Mourning, 2010) depicts a nude male figure with branches growing out of his body. Birds resembling ravens are sitting on the leafless branches. What sort of metamorphosis have the ravens come to witness? The work evokes various mental images from Hitchcock’s films to St. Francis of Assisi and the myths of Antiquity.

Birds were a central motif in many of the films by Alfred Hitchcock (1899–1980). The director often associated birds and their sounds with a violent death or threat of disorder. St. Francis of Assisi (ca. 1181–1226) had a brighter view of fauna. Tired of the hard-heartedness of men, he is said to have preached to the birds in the sky. St. Francis is venerated as the patron saint of things like nature, conservation of nature and outcasts. Ovid’s Metamorphoses (before 8 BCE) includes the story of Narcissus, who fell so deeply in love with his own reflection on the surface of a spring that he could not leave the spring and eventually died, and his withered body turned into a narcissus, a yellow flower named after him. Both in Ovid’s poetic work and in Erotica Pathemata (Of the Sorrows of Love) by Parthenius of Nicaea, the nymph Daphne, to whom the god Apollo made advances, turned into a laurel tree.

Kalkamo’s Suruparvi sculpture is solidly tied to the tradition of sculpting in its basic appearance. In terms of mood, however, the dark-toned work bears more semblance to the Hitchcockian world than elegiac interpretations of the myths of Antiquity. Instead of illustrating myths, the work can be seen as having a serious undertone that refers to broader relationships between man and nature, or rather to man as part of nature, as part of the eternal cycle of matter. As is typical of Kalkamo’s art, the concept of the work is multi-layered and partly based on dark humour. Ravens have been seen as ominous birds that foretell death. They gather in a flock by a meal discovered by a conspecific.

Matti Kalkamo (b. 1968 in Tampere) studied at the Liminka School of Arts in 1989–91 and at the Kankaanpää Art School in 1991–94. His works were on display for the first timein 1993 at the Young Artists exhibition in Helsinki. Kalkamo has made many public works including Tres Colores (Three Colours), unveiled in 2013 in Miekkalinna police station in Hämeenlinna, Ympyrähullut (Circle Crazies, together with Heli Ryhänen), unveiled in 2012 in Huittinen, Jumppahuiti, unveiled in 2009 in the yard of the Sampo School. Matti Kalkamo was awarded William Thuring designated prize in 2011. He won the first prize both in the Kanta-Häme police station art contest in 2012 and in the Nuoliala School art contest in Pirkkala in 2019.

b. 1968
Tampere
Studies and prizes
1989–1991
The Liminka School of Arts
1991–1994
the Kankaanpää Art School
2011
William Thuring designated prize
2012
the first prize in the Kanta-Häme police station art contest
2019
the first prize in the Nuoliala School art contest in Pirkkala
Works
2009
"Jumppahuiti" in the yard of the Sampo School, Tampere
2012
"Circle Crazies" in Huittinen
2013
"Three Colours" in Miekkalinna police station in Hämeenlinna